Note to self: next year, don’t do this challenge in March!

March was hectic last year with one kid in play practice rehearsals almost every afternoon and one kid in Odyssey of the Mind with multiple practices each week leading up to his regional competition at the end of the month.

This year I have one kid participating in modified swim, both boys are doing Odyssey of the Mind, and one kid has play practice. It makes working in the afternoons a little easier as no one is home before 5, but then there are days like today where pick ups are staggered and snacks for OM practices turn into dinner for the team as it’s a later practice….and keeping all the schedules straight is a full time job!

But enough about my craziness, you’re all here to see what today’s drawing subject was! 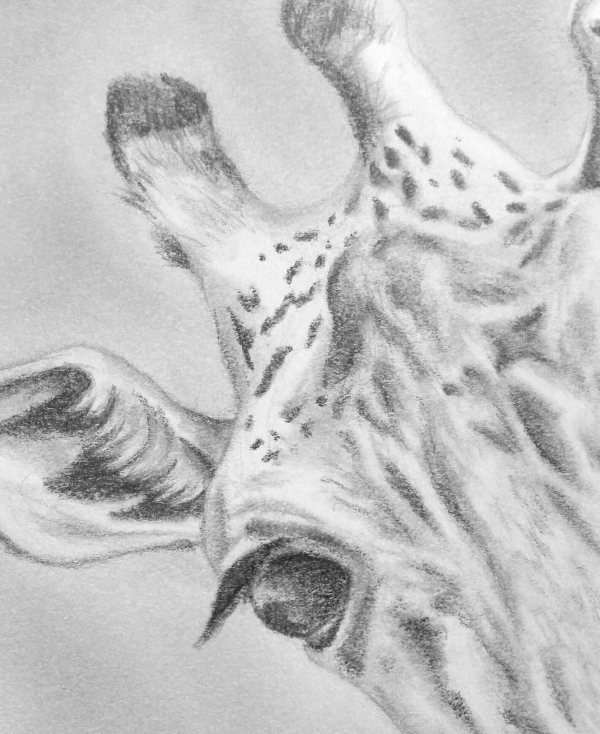 Inspired/nominated by: This one was actually suggested during last year’s challenge by Kate P.! I was working on the challenge back when April the Giraffe was expected to have her baby, so we were all on giraffe watch. With all the giraffe hype, it didn’t surprise me that one was suggested as a drawing, and here she finally is!

Favorite parts: Giraffe whiskers! Horns! Or are they antlers? I need to brush up on my giraffe terminology!

Challenging parts: Getting the spots to blend in well; trying to keep them high contrast while making them part of the giraffe and not look like they were glued on was a challenge.

Also, as I discovered last year, some of these animals are just weird looking, but I didn’t notice it until having to draw them! Giraffes definitely fall into that category. They’re unlike any animal I’ve ever drawn, but I wouldn’t have noticed how different they really are if I wasn’t studying them and trying to reproduce their look in a drawing.

Product availability: The original drawing is available for purchase here in my Etsy store and prints will be available soon as well.

What is your favorite animal?