This morning, I was so excited. We got a phone call around 5am that there was a snow day, so we had a lazy morning full of snuggles and sleeping in. We cleared the driveway of 12″+ of snow, and while we watched a movie, I worked on my drawing. It was going so well, I was going to not only have it done really early today, but also get the blog post written and scheduled to publish tonight while I was out with some friends, and it was going to be a fantastic day!

Well…you know what they say about plans.

After the movie was done, our youngest (who was home on Tuesday) moved from snuggling up against me, looked at me, and his eyes rolled. I put my hand on his cheek, and it was HOT. I grabbed the thermometer, and boom. 103.3. I grab my phone, ask the hubby to give him Tylenol, and call the doctor’s. It was a flurry of activity, scrambling to get our littlest dude out the door (who didn’t want to leave the comfy couch), get me dressed and presentable, and get on the road after a snow storm to the other doctor’s office half an hour away as our local one wasn’t open due to power outtages.

But we made it. It’s looking like our little has a virus, but we’re waiting on the 24 hour strep test (regular strep test was negative and he tested negative for the flu as well). He’s sleeping next to me on the couch right now, and I rescheduled tonight’s plans because all he wanted was his mama and to watch movies.

And that was more than okay with me.

Thankfully today’s drawing ended up being much easier, smoother, and quicker than I had anticipated because she somehow got finished: 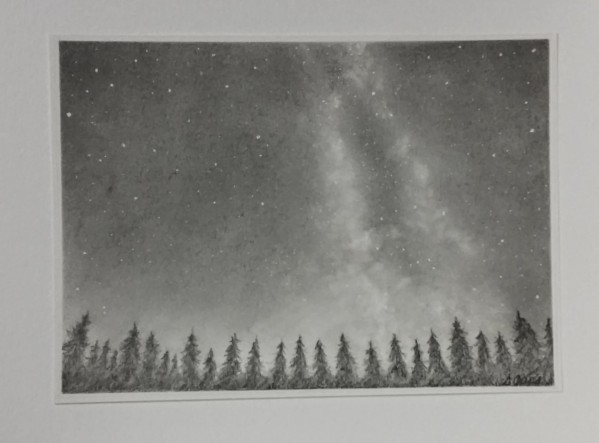 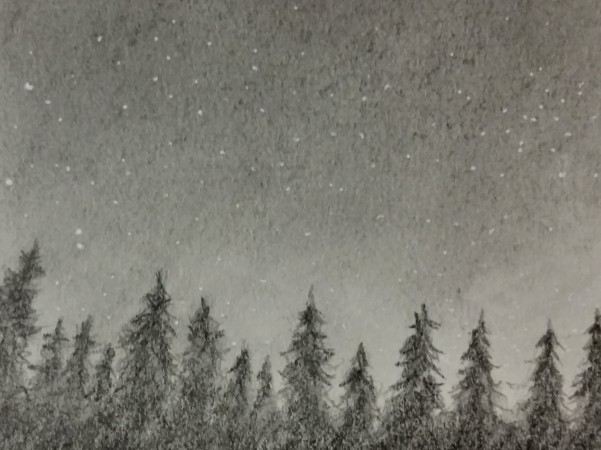 Inspired/nominated by: Gretta, a friend and long time customer! She gave me quite a few suggestions, and when my littlest guy saw the starry sky/milky way one, he said it HAD to be a drawing!

Favorite parts: I love how much easier it is to do the light star clusters (is that what they’re called? Bad future astronaut mom alert!) than it is to paint them!

I also love how the stars pop more than I thought they would! Oh how I love my white gel pens! 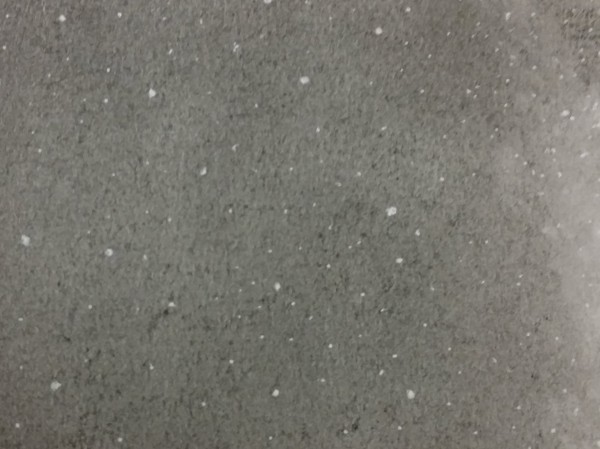 Challenging parts: Getting the background dark enough! Graphite is really funny at times. If you build up the surface too much, it gets shiny and reflective. It also can make marks that you can’t erase. But if you don’t get it dark enough, there’s not enough contrast for things like the stars. Also, the scritch scratching noise of pencils on paper (which I love!) can be annoying and distracting for others while they’re watching a movie (sorry, fam!).

Other thoughts: This drawing was a really nice change of pace from the more high-detailed drawings this week! And after a crazy couple of days, I really needed that break.

Product availability: The original drawing is available for purchase in my Etsy store here, and I’m hoping to have prints available as well.

Do you have a favorite constellation? Our little astronaut loves Orion, and named his guinea pig Cassiopeia after another constellation!